When I grow up I wanna be…

When you first start working in the film industry you realize that it is, well, big. I mean REALLY big. It employs a lot of people (although never enough it seems…). The term “filmmaker” is kind of a misnomer; everyone who works here actually does something else that they happen to translate to the movies, for instance:

Production Designers and Art Directors are really architects and interior designers.  Lead men (the people with all the tools on set) are actually construction guys. Scenics are painters. Signage is by graphic designers, props by sculptors, metalsmiths, and engineers. Costumes are by clothing designers, built by seamstresses. In Post IT, you can bet the pipeline and render managers haven’t even seen any footage.

Producers are salesmen, line producers are CFO’s, coordinators are COO’s/human resources type people. Executives and company heads don’t even have anything to do with the movies. They just have the money. Every department has a generic secretary who just might also be the PA.

What else? DP’s are photographers, AC’s are camera mechanics, AD’s are managers, Gaffers are engineers (and electricians are electricians), Sound recordists and engineers deal with sound mechanics, not film mechanics, post graphics are done by computer artists, marketing by advertisers, music by musicians, websites by web guys, meals are by chefs, stunts by people who know how to jump out a window without getting hurt… actors are adults who’re really really good at playing pretend…

This is not to offend or belittle anyone’s profession; it’s to put into focus how so many people who work in and around here come from all walks of life. Other “less glamorous” jobs are often easily transferrable to the film world, albiet with a few tweaks. I’ve met a 2nd AC who made a fortune as an investment banker, then in his 30’s just dropped it and decided he wanted to get down and dirty working with his hands on the same shitty indies I was (although I’m sure he wasn’t worried about making rent).

I almost fail at coming up with a way for every job out there to somehow not be worked into the movies. Everything. Driver. Security. Animal Trainer. Medic. Coroner (I’m sure the CSI guys will have you on speed-dial).

I went to film school. I did learn how to make films. But only three jobs out of the hundreds and hundreds in the industry deal with making films: writing, editing, and directing. And directing only sometimes since most of the time it’s plainly people management.

It really doesn’t matter what you do… ironically, you really don’t have to know anything about film to work here.

Can you think of a real world job that has no possibility of correlating to film production? Comment and put it to the test. 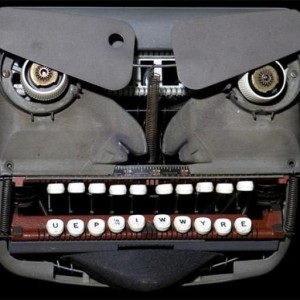 PrevPreviousOld People Stand In The Way of the Future
NextThe DecisionNext